Diabetes is a medical condition in which the body cannot maintain a healthy amount of sugar in the blood.  There are several different types of diabetes, including Diabetes Type 1, Diabetes Type 2 and Gestational Diabetes.  While there are different reasons for the elevation of the blood sugar levels in each of these conditions, the result is elevated blood sugar levels.

Sugar provides energy to the cells.  For the sugar to enter the cells, insulin is required, like a key opening a lock.  In Diabetes, either there is not enough insulin (Diabetes Type 1) to open the lock or there is something stopping the insulin from getting to the lock (Diabetes Type 2, Gestational Diabetes).  While the body can produce energy from other sources within the body (fat and protein), this results in the build-up of toxic substances called ketones.  If these build up too much, then a condition called ketoacidosis occurs.  This can result in death. 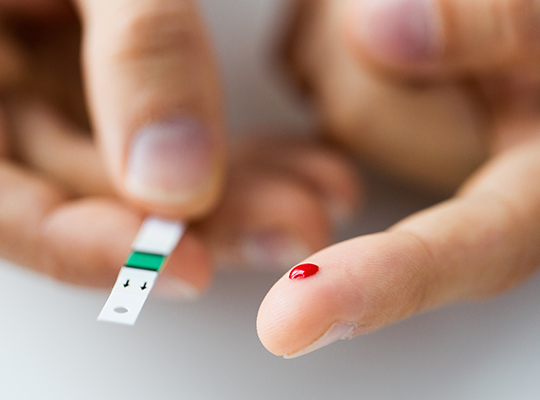 How do I know if I have it?

This can depend on the type of diabetes that you have.  For Diabetes Type 1, it can present as increased thirst, increased urination, weight loss, fatigue and severe illness.  Diabetes Type 1 usually occurs in children and is thought to be related to an autoimmune process, though it can occur at any age (in older people it was referred to a Mature Onset Diabetes of the Young, MODY).  It often appears following a viral illness.

Gestational Diabetes occurs during pregnancy only.  It occurs more often in women over the age of 30 years, with a family history, certain ethnic groups, (Indigenous, South Sea Islander, and Asian), BMI’s of greater than 25 and those with previous Gestational Diabetes. It is usually diagnosed via a blood test around week 26 to 28 of the pregnancy.  This involves drinking sugar and then having a couple of blood tests to see how the body responds.

How does this happen?

Diabetes Type 1 appears to have an autoimmune component.  It often occurs following a viral illness, as such there may be little to be done to prevent it from occurring.

Diabetes Type 2 is a disease often of lifestyle.  There is a very strong relationship between excess weight, lack of physical activity and the development of Diabetes Type 2.  By being active and maintaining a healthy weight range you are less likely to develop diabetes

Gestational Diabetes is usually related having a BMI greater than 25 and genetics.  Being in the healthy weight range and active prior to and during your pregnancy will assist in reducing the chances of developing Gestational Diabetes

The treatment of each of the types of Diabetes can be complex.  Diabetes Type 1 requires the use of injectable insulin.  Diabetes Type 2 can be initially treated with diet and exercise, then may need medications and finally insulin as the disease progresses.  Gestational Diabetes is treated with insulin or medication as the direction of a Maternal Physician or Endocrinologist.

For Diabetes Type 1 and Gestational Diabetes a doctor called an Endocrinologist is consulted to assist with developing the treatment plan.  Following the development of the plan the patient is referred to the GP for ongoing management.  Diabetes Type 2 is often diagnosed and treated by the GP with input from allied health, such as dieticians, physiotherapist and exercise physiologists.

All those with Diabetes may need to be reviewed by other specialists at times due to complications of the disease.  This includes but not limited to:

The most important thing for those with Diabetes is to maintain an active healthy lifestyle, not smoke, have regular medical reviews and immunisations.

Where can I get more information?

The following websites can assist with further information or see your GP.

ChronicHealthConditions.com.au is a specialised website from Dr Clem Bonney dedicated to providing you with information pertaining to common chronic health conditions in Queensland, Australia.

The material on this website, including but not limited to text and images are for informational purposes only. The objective of this website is to provide broad consumer understanding and knowledge of various topics. It is by no way intended to be a replacement for professional medical advice, diagnosis or treatment. Always seek the advice of your general practitioner or other qualified health specialist with any questions you may have regarding a health condition or treatment and before undertaking a new health care regimen, and never disregard professional medical advice or delay in seeking it because of something you have read on this website. Copyright © 2019 ChronicHealthConditions.com.au